In my last entry I explained how to update a dataflow in the Power BI Service and have it automatically check-in those changes to source control. Now that we have the code in Git, what’s next?

Here is where we turn to the principle of “Quality is Paramount”:

DataOps Principle #15 - Analytic pipelines should be built with a foundation capable of automated detection of abnormalities and security issues in code, configuration, and data, and should provide continuous feedback to operators for error avoidance.

Dataflows are the epitome of an analytic pipeline, and therefore we must create a foundation for testing for issues with the code and the data in an automated fashion.

But we are challenged by:

Looking For A Solution

This led me to look around for some options to mitigate these challenges. I came across an article written at endjin by James Broome. In it he explained that the team at endjin used SpecFlow to automate testing. SpecFlow implements a behavior driven development approach that uses the Gherkin Language to define tests through written narratives and acceptance criteria (see example below).

Within SpecFlow, tests are written in .NET and executed using .NET. Sure, I love .NET, but I was looking for a way to execute the tests so the data analyst could build/run the tests in Visual Code on their computer with very little coding; furthermore, they could also run the same tests in Azure DevOps or GitHub Actions to automate testing when dataflows are updated.

This lead me to PowerShell (yes, I know it runs on .NET), and version 4 of Pester which is a test runner that implements the Gherkin Language.

With version 4 of Pester, the sentences written in the Gherkin syntax (which you can think of as plain English) are a “.feature” file and look something like this: 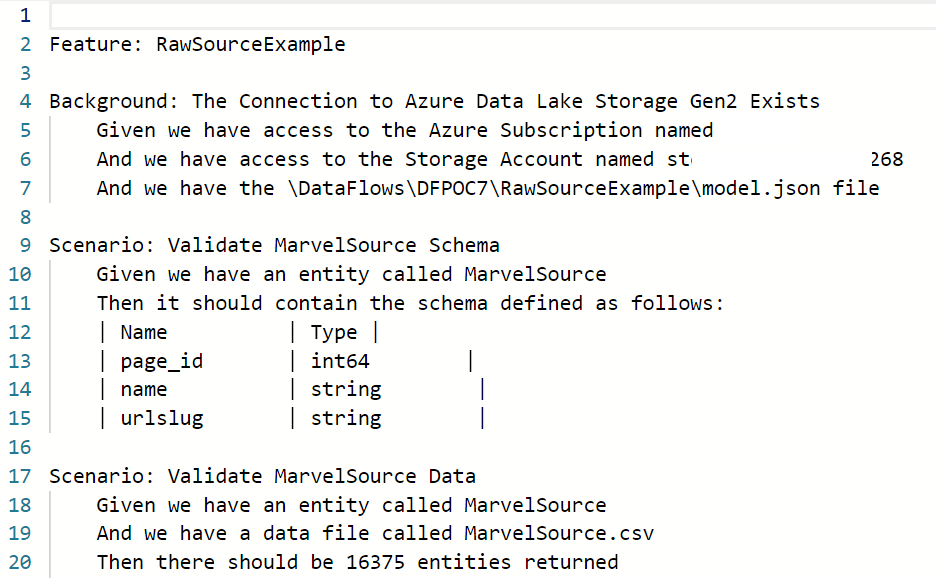 Each sentence can be backed by a “.steps.ps1” file written in PowerShell where a function executes a sentence based on its intent. Therefore, starting from line 4 in Figure 2 you could have a set of corresponding PowerShell functions that:

So now you may be thinking, alright this Pester/Gherkin thing could be quite useful, but what is required to run these tests? Well, if you already bought into Part 20, you have VS Code (free), and you’ve got the project cloned to your local machine with Git (free), then running the tests just involves running “Invoke-Gherkin” in the terminal. It will run through all the tests in your project and tell you what has passed or failed. 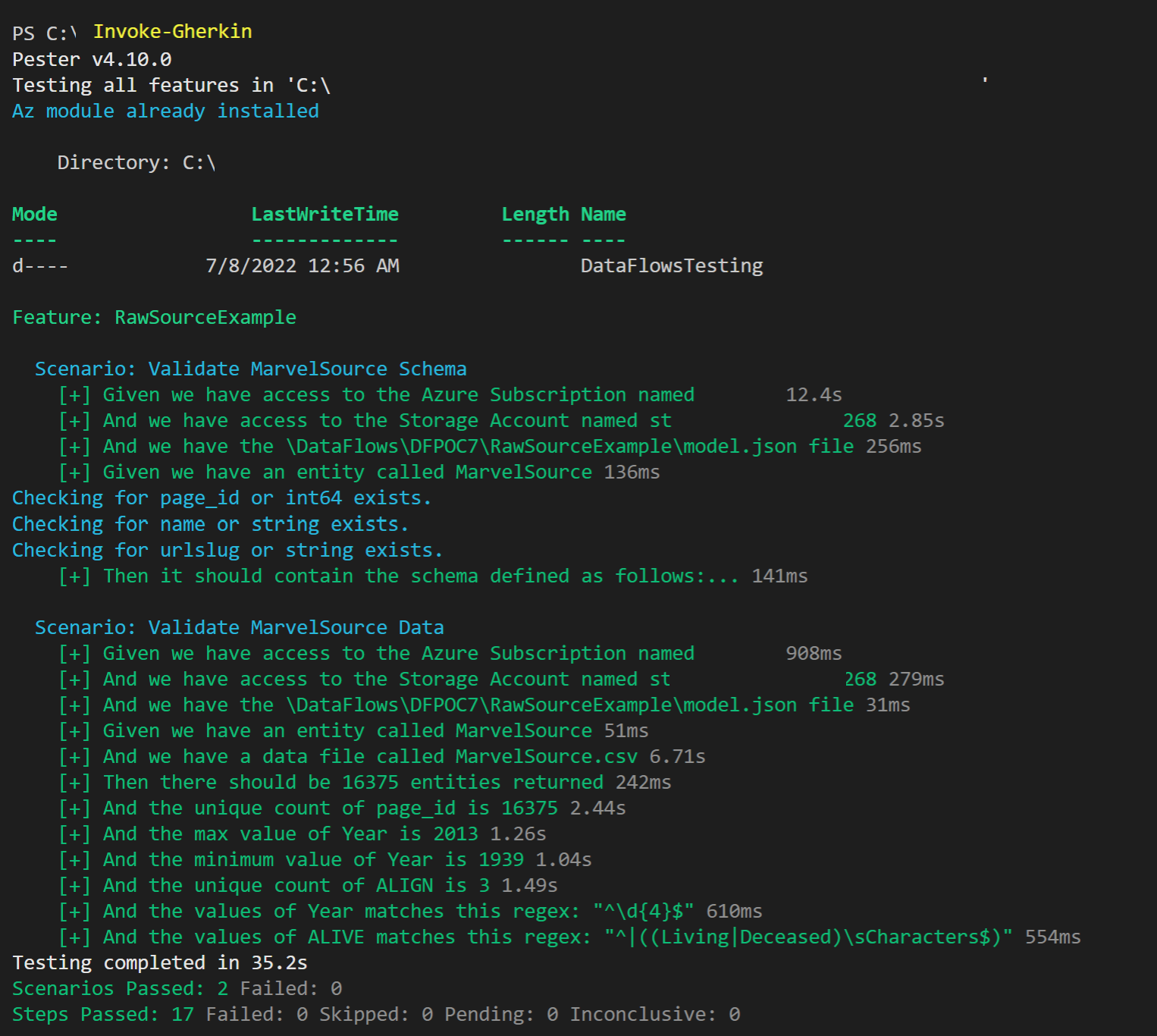 Oh, and even better, these tests can automatically run in Azure DevOps with the same “Invoke-Gherkin” statement. I’ll save that for an upcoming post as it involves some level of orchestration (hint, hint) to explain.

For those looking to test their dataflows, I have some best practices that should help mitigate errors going to production.

With the Proposed Solution and Best Practices in mind, I’ve shared instructions on how to run these type of tests with a sample dataflow on GitHub. My hope is that you can leverage these samples to start to build a suite of dataflows backed by source control, and tested using a framework which data analysts can use.